Fish are aquatic vertebrates with fins for swimming and gills for breathing.

Fish is a high protein food, supplying on an average a little more than 5 gm of protein/ edible ounce (1oz= 25 gm)

SEAFOOD – A collective term for shellfish and other small edible marine animals like crabs, mussels, shrimps, winkles, sea urchin etc. Seafood may be served as a main course or as a special appetizer course featuring delicacies like smoked salmon, oysters, baked clams, fried calamari etc which are often served accompanied by butter and rye bread or served raw on a bed of ice.

FLAT FISH: It has four fillets. 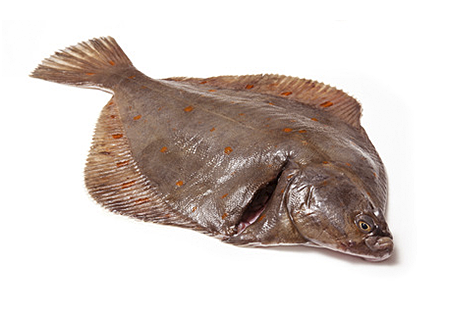 ROUND FISH: It has two fillets 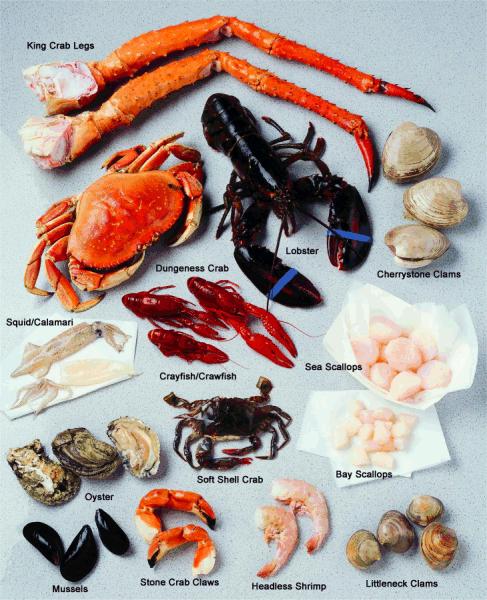 FIN FISH: are vertebrates and have skin and scales which cover their body. They move with the help of fins.They are subdivided into 1.lean / white fish (0.5 % – 4% of fat), the most numerous which includes all the cods family (haddock, whiting etc) and white flat fish ( plaice, sole etc) and the perch family ( bass, red mullet and skate etc). Most of these fishes are deep sea fishes. 2. Oily fish : the amount of fat varies from 4%- 20 %, these fishes are often pigmented and tend to be surface fish ( lives in the surface level of water). For example sardine, mackerel, herring, trout (fat content of these fishes lie between 4%- 10%), tuna ( 13% fat), salmon ( 12% fat), moray and lamprey ( 13%-17% fat)

SHELL FISH: as the name denotes have a shell covering the body. They are invertebrates and subdivided into:

1. Molluscs – which are again subdivided into univalves- they are recognized by the characteristics spiral formation on their shell, which are not divided into halves. Ex- winkles.

Bivalves-which have two distinctly separate shells, joined by a hinge like membrane. The movement of the shell is controlled by strong muscles when the muscles relaxes, the two shell of the shell fall open. The shell also open, when the organism dies, does exposing the content of the shell to contamination from outside, resulting in quick decomposition. For example clams, cockles, mussels, oysters, scallops etc.

The shells of mollusks increase at the arte of 1 ring per year to allow for the growth of the organism. The age of mollusk can does be estimated by the numbers of rings on the shell.

The shell of the crustaceans do not go with the fish, unlike those of the molluscs, but are shed each year with a new one forming to suit their size.

Buried in the flesh of all cephalopods is the duplicate skeleton which is usually transparent and found in the form of – a long pen in a squid, an oval cuttlebone or a hard beak of an octopus.

Cephalopods are marine animals which do not have any backbone also termed as invertebrates.

Quick cooking over high heat or long slow cooking is the rule for cephalopods.

Examples of cephalopods are – octopus, squid, cuttlefish and jellyfish.

Squids are considered to be more sweet and tender than cuttlefish.

QUALITIES FOR A GOOD FISH –

HOW TO SELECT SHELL FISH :

They should be bought in season as far as possible. They should medium sized and of good weight. It is best to buy them alive, particularly oyster, crabs and lobsters.

PREPARATION OF FISH AND SHELL FISH IN MAIN COURSES –

To preserve and enhance the delicate flavor of fish, the liquor in which they are poached is prepared with care. The poaching liquor is called court bouillon. There are different types of court bouillon

The wine should be chosen for its fruity flavor to impart a special delicate flavor. The amount of wine can be increased if the amount of water is reduced by the same quantity. Red wine is used especially if the court bouillon is used to make an aspic jelly, which will then have a pale pink color. Court bouillons with white wine are used for cooking shell fish and fish of all types. Court bouillon with red wine is used for cooking lean white fleshed fish such as bass, which are served cold.